Taste Trenton is back! After taking a year off due to the pandemic, the acclaimed Capital City restaurant crawl returns on June 10th, 11th, and June 12th, 2022 to show off some of Trenton’s best eateries.


SPECIAL DESTINATIONS:  We've kept our "special" destinations this year and added a few new wrinkles. First, we've expanded Taste Trenton hours to breakfast to feature those "great way to start you day" places.  So, start at one of them and plan your day's excursion. One Up One Down Roastery and Skil-lit are both welcoming guests as early as 8AM each day. Royal Creations will be open for a beautiful cupcake and or other great baked goods throughout the weekend. As your tour day winds down, mosey on over to Tir na Nog, a traditional Irish Pub, that is offering a special drink combining classic Irish Whiskey and ginger ale.  Or, if whiskey isn't your choice, check out Trenton Ice Cream Parlor throughout the weekend for a quick tasty cone or cup! What a great way to enjoy Trenton!
This year, more than 30 restaurants will be on the self-guided tour.  Taste Trenton began in 2015 as a project of the Trenton Council of Civic Associations (TCCA) as an effort to re-introduce Trenton’s restaurant scene to the residents of Trenton and surrounding communities after several well-known restaurants in the Chambersburg Restaurant District closed or re-located to the suburbs. 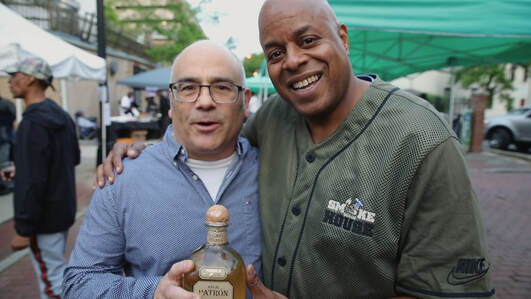